What’s On Around Hexham in February 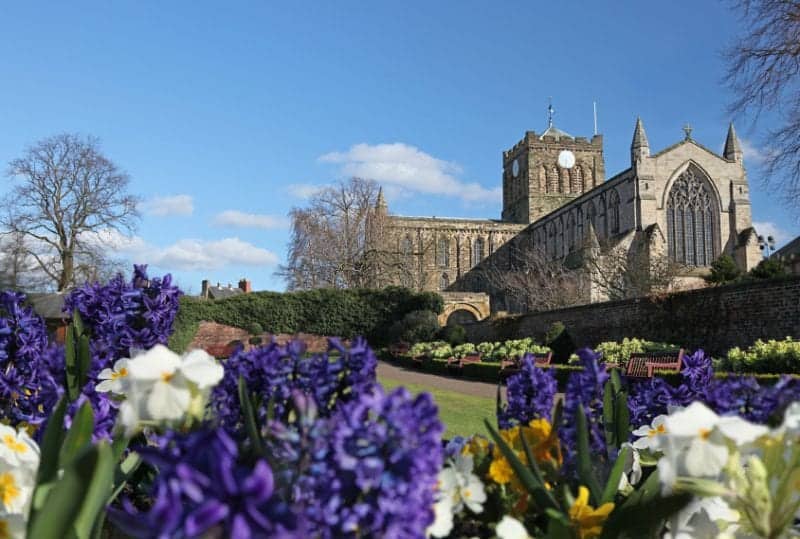 Featuring a wide range of handmade and quality crafted items from local suppliers.

This free-to-enter monthly event is organised by CH Event and takes place in the Great Hall (and often some of the other function rooms) in the Priory Buildings of the Abbey.

Why not make a day of it and visit the Refectory cafe downstairs then pop across to the Hand-made, Second-hand and Vintage Sale just over the road in Trinity Church Hall from 2.00-4.00pm (entry 50p).

Hear Katrina Porteous and Alice Robinson perform at The Sill

Join Katrina Porteous and Alice Robinson for a special performance to accompany the Lost Words Exhibition and International Women’s Day.

Much of Katrina Porteous’s poetry is rooted in a detailed and loving celebration of the landscapes, people and wildlife of Northumberland.

Her 2014 Bloodaxe collection, Two Countries, shortlisted for the Portico Prize, was described in The Morning Star as “one of the most distinctive and important collections of the year” and her latest, Edge, was a Guardian “Poetry Books of the Month” choice in January. Katrina also writes in Northumbrian dialect and is President of the Northumbrian Language Society.

For this performance Katrina is joined by former BBC Young Folk Musician of the Year finalist, Northumbrian piper Alice Robinson.

The performance will last for ninety minutes. Free parking is included in the ticket price.

Situated 600 feet above Hexham, the National Hunt course has 15 scheduled race meetings throughout the year including several popular weekend and evening fixtures.

Make your day more memorable, book into the Pavilion Restaurant for a fantastic four course carvery buffet overlooking the racecourse or enjoy the exclusivity of a private box with a bespoke package. Go the extra furlong and sponsor a race to promote your company or a fun way to celebrate special occasions such as birthdays and anniversaries.

White water canoeing on the Tyne

What else would you want to do on a Saturday, walking round the shopping is just too boring, maybe an action packed day of white water canoeing only 30 minutes from the centre of Newcastle, this rapid filled day will be one to remember with a stunning landscape, amazing wildlife and some big rapids.

Friends, family all welcome as we have some of the UK very best White-water coaches / guilds on hand to keep you safe throughout the day. Highlights – • White water canoes the classic North Tyne. • Coaching by world-class white-water coaches / guilds. • Hot lunch provided. • All top of the range equipment provided. • Photos and Gopro footage of the day. • Easy parking and close to the A69 (Hexham)
What you will need to bring with you – • Swim wear (to go under your wetsuit) • Footwear to get very wet (not croc’s or flip flops) • Full change of clothes including a big towel • Any personal medication • Waterproof jacket (may get wet) • Warm jumper (may get wet)

Included – • All personal protective equipment • White water coaching / guiding throughout the day • All canoeing related equipment • Lunch and hot drinks • Photos / Gopro footage of the day. • GPS tracking of the day so friends and family see you online.

Stitch in time: A knitting cabaret

A scintillating evening of the lost knitting songs of WWI and WWII from Canada, Britain, America and France. Feel free to bring your knitting (or crochet), and stitch along to these funny, poignant, toe-tapping, needle-clicking tunes.

TRY IT FOR A TENNER!! Try some new shows for just £10. Watch out for others in the Season!!

After the successful inaugural event in 2019, Forum Cinema Hexham are proud to present the second Tyne Valley Film Festival, a community programmed film festival which brings together rural film clubs, venues and community organisations for a celebration of film.

Opening the festival at the Forum Cinema Hexham on 19th March, in collaboration with Hexham Book Festival and Northumberland Libraries, is a talk by award-winning author Horatio Clare. Horatio will talk about his latest novel Icebreaker: A Voyage Far North, followed by a screening of Chasing Ice, a visually stunning documentary which follows the efforts of nature photographer James Balog to publicise the effects of climate change in the Arctic.

Japanese in Just a Day!

You can learn a lot of basic Japanese in just a day! Website for charges

Although Japanese is typically regarded as a very challenging language to learn, it does in fact work according to simple and ingenious principles and it is possible to pick up the basic greetings and essentials for getting by in almost no time.

​The principles behind the Japanese writing system will be explained and you will learn how to write your own name in real Japanese script.

Our team would love to welcome you to our 5 star, award-winning park. Please fill in your details below and you will instantly be able to download our information pack, now including a free e-book by an award winning industry expert, packed with advice and knowledge on buying your holiday home. We look forward to seeing you here in beautiful Hexham.