Skip to content
What’s On Around Fife in March

What’s On Around Largo House

Shake out those beer-stained lederhosen and dainty dirndls: we are delighted to welcome you to the 14th Annual St Andrews Charity Oktoberfest, which is to take place on the 7th of March, 2020

With an abundance of ‘Gemütlichkeit’, ‘Gaudi’, and ‘guader Laune’, alongside the help of Bavaria’s finest brewery, ‘Paulaner’, we bring to you Bavarian food, music, and most importantly, litres upon litres of beer.

CHARITY: The St Andrews Charity Oktoberfest supports Tayside Children with Cancer and Leukaemia (TCCL) now for the tenth consecutive year. With our help, they have been able to build and refurbish a lodge in St Andrews where affected families can spend a holiday in our beautiful town 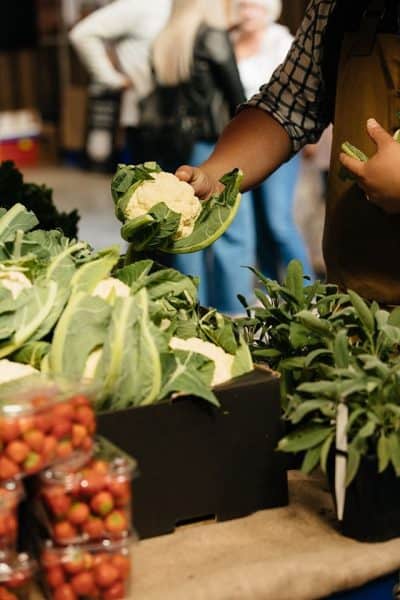 A weekend of food and drink in a recently refurbished barn, with stalls selling locally-sourced produce, shellfish and meat from artisan butchers, as well as craft drinks. There is also live food theatres and a children’s corner. Bowhouse,Bowhouse Farm,St Monans

A weekend of food and drink in this refurbished barn, with stalls selling locally-sourced produce, shellfish and meat from artisan butchers, as well as craft drinks. There is also food activities and a children’s corner.

Take your shopping bags and buy fresh produce to take home from the marketplace, including local fruit and veg, meat, bread and artisan treats. Then enjoy a bite to eat or something to drink from the food stalls and bars.

This is thought to be the biggest event of its kind in Scotland.

If the weather is poor they will delay it 7 days until Sunday 5th April.

The hugely successful and unique six-man tribute to rock music’s greatest band AC/DC, complete with cannons, a wall of Marshalls’ and over two hours of High Voltage Rock ‘n’ Roll in a show critically acclaimed for its closeness in look and sound to the real thing. Both Bon (Dave) and Brian (Podge) are present on the Rock and Roll train for a night to remember and with the Rhythm section ‘locked in’ the freedom of the stage and the music is given to Simon as Angus Young who gives an uncanny performance with meticulous detail in appearance, energy and playing.

The band aim to put you slap bang in the middle of the show with hit after hit, and you are expected to join in! There’ll also be one or two gems thrown in for the aficionados!

Spanish flamenco guitarist and composer Daniel Martinez from Cordoba, Andalucia, presents you with an extra-special concert for the National Trust for Scotland. In a rare and intimate traditional flamenco guitar concert, Daniel will play many of his own compositions as well as some pieces from legendary flamenco maestros such as Sabicas, Moraito, Paco Serrano, Paco de Lucia and Vicente Amigo.

In 2015 and after 14 years of study, Daniel graduated as a fully licensed musician at the Royal Conservatoire of Music in Cordoba. Daniel began his studies at the age of 7, and at 16 opened his first flamenco guitar school. At 18 he began working across different tablaos (places where flamenco shows are performed) in the city of Cordoba as well as important festivals such as the famous Festival de los Patios.

At the age of 21, having completed his flamenco studies, he moved to Edinburgh to work as a guitarist in the Edinburgh Festival Fringe, as well as opening his second flamenco school and forming his company: the Daniel Martinez Flamenco Company

The St. Clair Tavern in Kirkcaldy, hosts an afternoon with legendary Rangers heroes Willie Johnston and Colin Stein – both scorers and winners on that famous night in Barcelona in 1972

Join us for an insightful few hours with Bud and Colin, who between them played nearly 600 games for Rangers, scoring nearly 250 goals, with none so important as those in Barcelona which won the European Cup Winners Cup Final against Dynamo Moscow.

Discussion will no doubt include Rangers players, teams and managers in the 60s and 70s, the European finals lost and won, the Old Firm , and the current team under Steven Gerrard.

With the league split approaching, hear Bud and Colin’s views on Rangers’ chances of winning the title this season. The afternoon will consist of interviews and a Q&A.

We would love to welcome you to our 5 star, award-winning park. Please fill in your details below and you will instantly be able to download our information pack. Plus, you will receive our FREE e-book, written by Ken Houghton and providing you with everything you need to know about buying a caravan holiday home. We look forward to seeing you here in beautiful East Scotland.