Skip to content
What’s On Around Spring Willows this November

What’s On in the Local Area this November

November has some great events in our area. The season brings spectacular Autumn colours in the outdoors.  Of course, 5th November has fireworks and bonfires to enjoy. We’ve found events in our usual venues as well as some new places to explore. Some events need booking and will sell out so act now to get tickets. Have fun!

We’ve given a web link in most cases.  Please check before you go.  As with all exploring, some of our ‘What’s on’ suggestions will be brilliant, some will give you completely new experiences, and others may be a disappointment. We’re putting this list together based on what we think looks interesting.

Every second Saturday of the Month, Malton Food Market returns with 35 specialist food stalls, street food and trips to Talbot Yard. Popular with all those who care about where their food is sourced, the market is loved by foodie visitors, chefs and keen amateur cooks alike. Set in and around the Milton Rooms and located in Malton’s central Market Place, the market trades from 9 am to 3 pm. Free Parking & Entry. 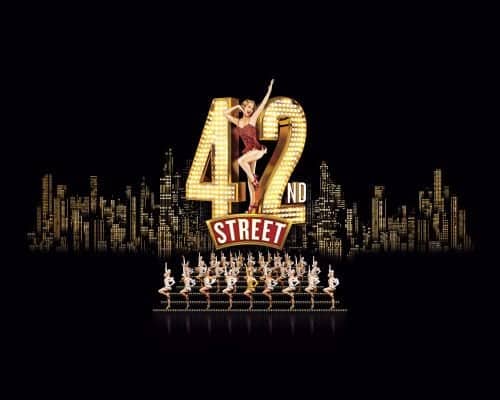 The filmed live performance of 42nd Street from London’s West End will be coming to the SJT this November. The filming captures the recent revival directed by the musical’s late co-book writer Mark Bramble. The performance was edited in collaboration with Bramble before his death in February, making it one of his last projects.

42nd Street opened at the Theatre Royal Drury Lane 4 April 2017, featuring a cast of more than 50—the largest in the West End. Bramble directed the new revival, which featured choreography by Randy Skinner. With a score that includes such tunes as We’re in the Money, Lullaby of Broadway, and Shuffle Off to Buffalo. 42nd Street tells the story of famed theater director Julian Marsh as he tries to mount Pretty Lady, a musical extravaganza at the height of the Great Depression.

Festive Back in time at Nunnington Hall

Christmas through the ages

See how Christmas celebrations and decorations have evolved over the centuries from indulgent feasting with the Georgians, the arrival of the Christmas tree with the Victorians, to the memorable ‘make do and mend’ of the 1940s and 50s. How many traditions in the making will you recognise?

RSPB Bempton Cliffs is one of the best places to buy binoculars and telescopes in East Yorkshire! We stock a wide range of optics so whether you’re choosing your first pair of binoculars or telescope, or looking to upgrade, our monthly demonstrations give you the chance to ‘try before you buy’ with a friendly and impartial team on hand to help you choose. Call in anytime between 10am and 4pm. If you can’t make it along to one of our open weekends, don’t worry as there’s always an optics expert on hand.

Following their sell-out visit last spring with La Bohéme the SJT is pleased to welcome back the Olivier Award-winning OperaUpClose presents their new English version of Donizetti’s Mary, Queen of Scots (Maria Stuarda).

Mary, Queen of Scots and Queen Elizabeth I, go head-to-head in this thrilling opera, culminating in a fictitious meeting between the rival queens, which sizzles with vocal fireworks.

Performed in a new orchestration by Paul McKenzie for six singers accompanied by piano, violin and clarinet, and a new English libretto by Robin Norton-Hale, this critically-acclaimed production provides insight into one of the most compelling periods of British history, as well as current tensions.

After sell-out performances last year, the Russian State Ballet and Opera House is back for its annual UK tour with spellbinding, lavish, full-production touring ballet.

Don Quixote delights in stories of brave knights, fabulous giants and other fantastical creatures. But most of all, he dreams of his beloved Dulcinea, a woman that he believes to be so lovely and noble that she must be divine. His dreams are of their romantic adventures. As he approaches the windmills, he can no longer see the moon and thinks that evil magicians have hidden his beloved mistress. So, spear in hand, he tilts at the sails of the windmill, which he mistakes for a giant!

Don Quixote has all the elements of the great classical ballets: emotion, drama and unforgettable characters.

Love, duels and spectacular choreography are mixed with a dash of Spanish passion in this most beautiful and moving ballet.

Featuring live Orchestra with over 30 musicians